After seven years with natural hair, there’s not much to say about my hair care. And I love that stability, because it means most of what I’m doing is working for my lifestyle. But here I am, so what’s new?

Well, one fine spring not long ago it was time to ditch my cornrows and winter hats. I also happened to be Going Through It that year, and I wouldn’t have the time or patience to devote a lot of attention to a more involved regimen. I needed a protective style that was low maintenance, low manipulation, easy to remoisturize, detangle, and freshen up–and it had to look stylish, too.

The most recent addition to my roster of signature styles that’s been working for me is Kimmaytube’s 10 twist bun. It’s been almost 2 years living in these twists–11 twists, for me. Here’s my experience.

END_OF_DOCUMENT_TOKEN_TO_BE_REPLACED

On socia media, we’re talking about the images that have been circulating of this little girl’s natural 4c hair. She’s a model in an H&M campaign which featured kids of all races with disheveled after school hair.

For a full explainer, I favor this article by Ashley Reese of Jezebel

I find the conversation fascinating. But I still have questions.

Are we saying it’s fine for this child to wear her natural 4c hair like this in public?

Or are we saying it’s fine, for now?

Are we telling her that it’s fine because there’s nothing wrong with her 4c hair and the way it looks?

And so does it go without saying that 4c hair that is not perfectly groomed, just like any other hair type, is nothing for her to be ashamed of?

Or is the implication that this is generally not the norm, and her hair as it appears in this specific context is the exception?

I wonder, on whose head and under what circumstance is hair just like this little girl’s hair fair game for denigration?

What is Criss-cross Finger Detangling?

Criss-cross finger detangling is a method I’ve been using for years now. It’s faster, for me, and easier.

I’ve written about it before, but I created this infographic to show how it’s done. You can read more details about the technique in my previous posts:

I’ve been away from blogging for a while, but I just wanted to quickly pop in and say Hey! How y’all doing? What’s new? What’s on your mind?

You can find more of my articles for new naturals by following the link in the sidebar. ❤ Don’t forget to subscribe! ❤ Hit that follow button for more articles on natural hair, self care, art & illustration. 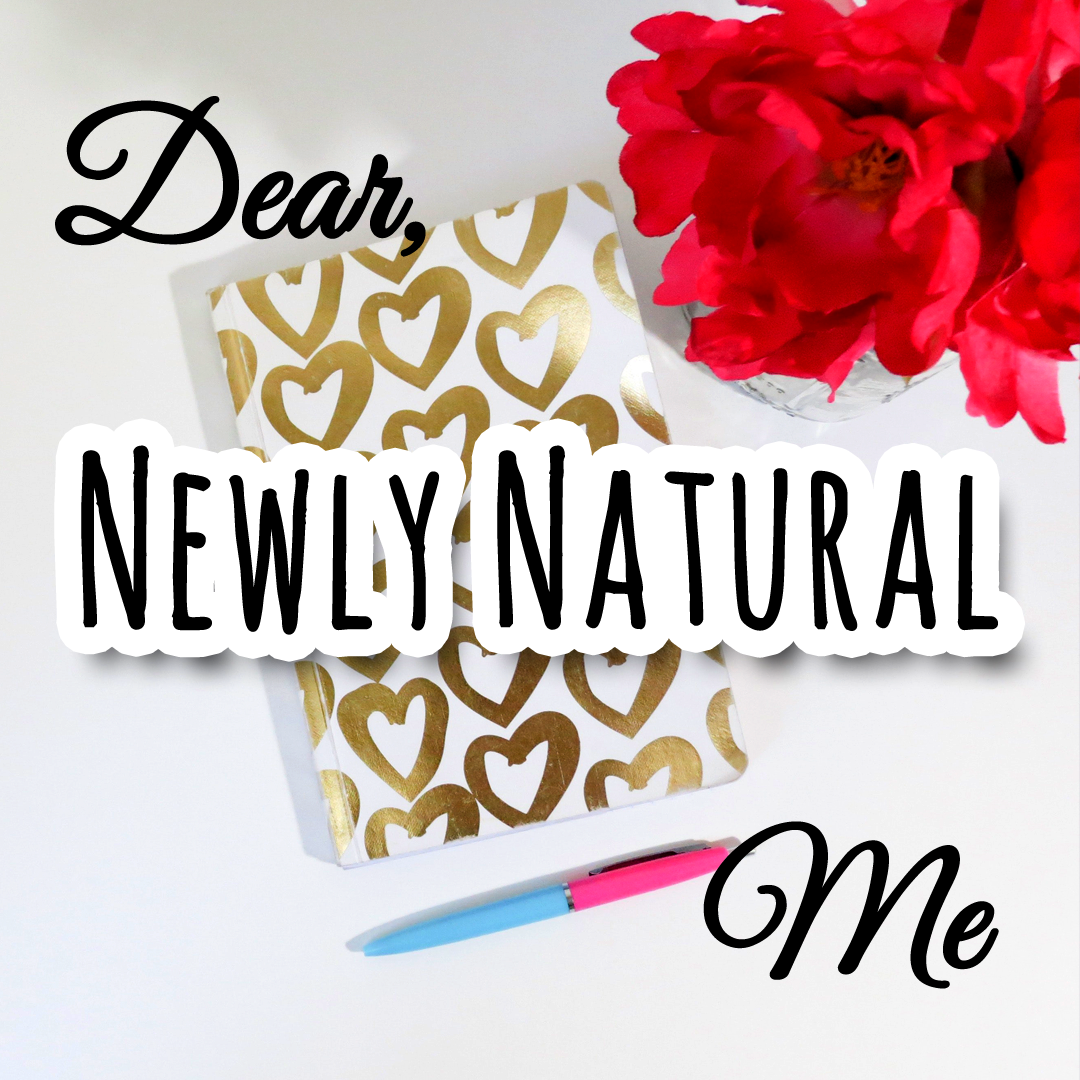 Happy wash day! I see you’ve just finished. I see you’ve applied the LCO method. And everyone else can see it too.

END_OF_DOCUMENT_TOKEN_TO_BE_REPLACED

So you’ve heard that 4C hair is the tightest, most difficult hair type for a natural to manage. Surprise! That’s what you’ve got. Also–surprise!–most people have a mix of textures, including you.

END_OF_DOCUMENT_TOKEN_TO_BE_REPLACED

Don’t shave your head bald. I know it hurts for family to be so constantly disparaging of your choice to go natural, but your hair is not the problem. Getting rid of it will solve nothing. Deep down, you know that. You know it because you’ve read the testimonies of other naturals, the history, the basic psychology behind this kneejerk repulsion to your kinks and coils. And I know it is an entirely different thing to read about it than to face it.

END_OF_DOCUMENT_TOKEN_TO_BE_REPLACED

What’s it been, nine months of amazing growth and length retention since the big chop? Nine months of consistent protective styling, of loving on your fro and nurturing those coils. You know that Evil Kermit meme about straightening your natural hair? He’s coming, wielding a flat iron and demanding you show off your length. Don’t listen!

END_OF_DOCUMENT_TOKEN_TO_BE_REPLACED

You may have gotten the impression that search and destroy trims have women out here going cross-eyed examining every single strand of hair on their head for five minutes each. I’m happy to report from the future that has not been my experience.

END_OF_DOCUMENT_TOKEN_TO_BE_REPLACED 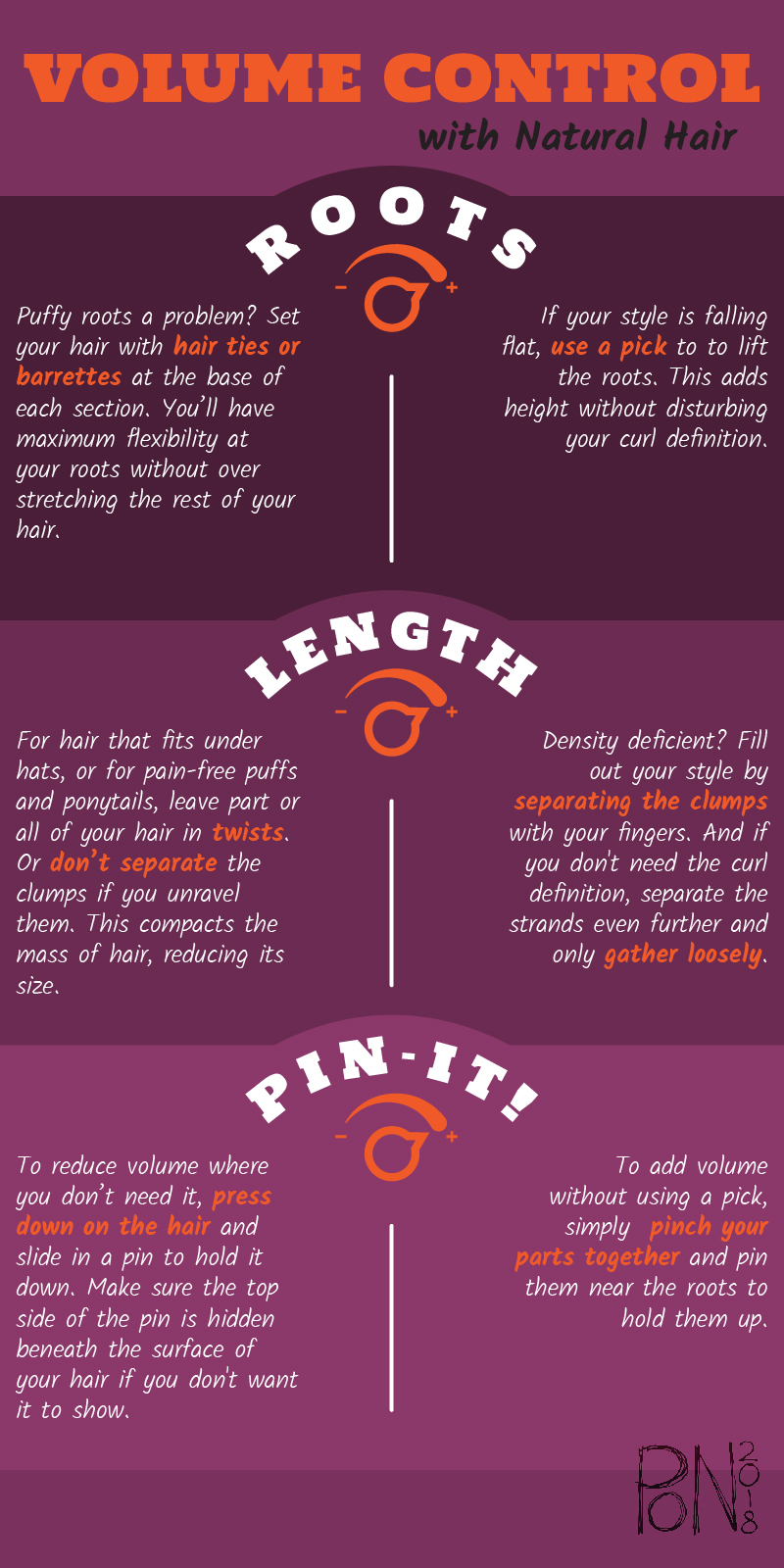 I love the versatility of natural hair–short one day and long the next, laid and swinging or voluminous and attention-grabbing. One way I’ve learned to harness that versatility is by learning how to control that volume. Keep reading to see how!

END_OF_DOCUMENT_TOKEN_TO_BE_REPLACED

I’m not sure why you thought you could do without the O, after all you’ve read about the LOC method, but you need to find some and put it on your head, ASAP.